Maybe we can do a ride without rain?

With birthday celebrations over, it is time to get back to regular FBC Sandpoint business.

Note: We will be changing our ride meet/departure times to summer hours, meet at 8pm and depart at 9pm until Fall.

So, did you know there is a National Librarian Day?  A day to honor those hard working guys and gals at the local knowledge bank. Do you even go to the library? You should, it's a good place to get your learn on. And you pay for it, so there is that too. Anyways, we have a pretty sweet library, for a small town like Sandpoint. So, for this here upcoming ride, you are encouraged to dress like a librarian...I am not sure what that even means. But just do it.

We will ride, maybe look at some books, talk about important things and possible make a visit to said place. I also understand there may be some actual librarians on our ride. They will not be dressed up for the ride though, as they will purely be in there everyday clothes. I'm sure they will love to talk about the work they do.

Posted by B-Railer No comments:

Last ride we celebrated little old FBC Sandpoint turning 5. It doesn't seem like you can really start to talk about FBC rides for 2017, unless you lead with the weather.  So, guess what?  It rained...again.

Regardless, 20 something riders showed up at Eich's in their fancy clothes to ride and honor the occasion.  We kept the ride route relatively short and ended at Ol' Red's Pub. Once there, we told stories, played connect 4, dumped quarters in the jukebox, danced (no wait that didn't happen), took some pics and gave away some swag.

Ahh yes, a word about the swag. We gave away some sweet items that were generously donated by the following:

Thanks to those business for their continued support and make the evening just that much better.

Also, a special shout out to Emily and Kim for their fine hospitality for the evening, Ol' Red's is a pretty fun place to hang.

And now for the long awaited announcement on FBC Sandpoint Member for the Year. Voting at FBC Sandpoint HQ was tough this year. Many of our members do extraordinary things...in their own right. The person that was ultimately selected though really went about and beyond for this year. They truly encompass the ideal FBC Sandpoint member qualities. This person did not miss a ride last year, meaning they came solo if things didn't work out for the rest of their crew.  This person also went about and beyond in the dress up category. Always down to make our rides just a little more festive. And never, ever breaks FBC Sandpoint #1 rule (actually our only rule).

Drum roll please.  FBC Sandpoint Member of the Year for 2017 was crowned on FBC Sandpoint Lifetime Member for Life Bernie. We are honored to have her in our little bike club.

OK, so if you did not read about our last planned ride, you should do that now to get up to speed.  If you are too lazy, I will summarize.  The weather sucked.  The roads sucked.  Turn out sucked.  It was supposed to be a big ride as we were supposed to celebrate FBC Sandpoint turning 5.  The Birthday ride celebration was postponed to this month, so more people could come.

See you then!
Posted by B-Railer No comments: 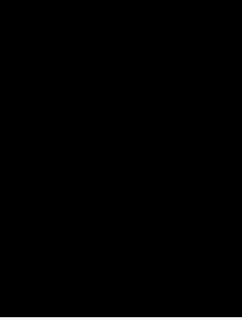 Our last ride was our FBC Sandpoint Birthday ride, we turned 5.  You would think after 5 years of these rides, we would have pretty much seen it all.  You would think it would be hard to have many more "first."  Well, you would be wrong.  The weather was, well, how can I put this...a straight up shit show with an ice storm and flooded street.  Now, we ride every month regardless of what the weather may decide to throw at us.  And we have had some rides in bad weather and on equally bad roads.  This night really took things to a whole other lever.  The roads were kinda dangerous.  But as we always say,

So, 7 people showed up at Eich's for this monumental ride (7 riders is by far our lowest turnout ever, so that was the 1st "first").

You probably noticed the big black hole up there on your computer screen?  That is no mystery.  That is where we would normally post the spoke card for the ride.  However, we didn't hand out spoke cards for this ride.  That has never happened before, so there would be our 3rd "first."

We rode to Connie's, that was not where we planned to go either,  We basically picked it cause it was very close and easy to get to.  It was our shortest ride ever, and that makes it our 4th "first."

All these "first" lead to the group decision that we should postpone our Birthday Ride as we had originally planned and save it for next month when we will hopefully have much better weather, much better roads, and in turn, much more people will turn out to help FBC Sandpoint celebrate their 5th Birthday.  Stay tuned for a post on that.  Oh, and postponing our Birthday Ride?  Never happened before, so that must be our 5th "first."

While most of the 7 people that showed up for the ride did not dress up in formal wear like requested for our Birthday Ride...which is what we always do.  FBC Lifetime Member for Life Bryn did.  And she went all out, with tons of style.  So, she got awards for Best Dressed for the evening.  There has never been a ride where only one person has dress up either, I guess we could call that the 6th "first."

For visuals, click HERE.
Posted by B-Railer No comments: