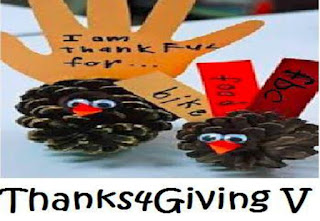 WOW!  You all really came through for the food bank on our last ride.  Our annual Thanks4giving ride featured some 60+ riders.  This was year #5.  As always, there was no theme and spoke cards were free.  Everyone was encouraged to bring as much food as they could to Eich's.  Now Eich's was closed during this period for their annual cleaning and maintenance.  Never fear, they love FBC and Jeff came down and opened up just for us.  Thanks Jeff!

At Eich's we weighed everyone's offerings and compiled a list.  Then loaded all this donated food into bike baskets, panniers, trailers, backpacks and whatever else we had, and biked it all over to the food bank.  There, John, who has greeted us every year after hours and on his own time, again welcomed us with a huge smile.  He checked in all the food and gathered all the food for an official grand weight.

After the food bank, we mounted up again and cruised down to Trinity.  Everyone that brought food that night was given a ticket for a FREE drink at our destination.  Mel Dick was very gracious and donated a keg of 219er for the occasion.  We all drank and warmed ourselves both inside and out knowing the good work we had accomplished that night.

Thanks to Justin, Lance and the rest of the Trinity crew for staying open later than usual for us and being such grand hosts.

So, I challenged everyone to bring as much food as they could handle so we could beat last year's total of 413lbs of food.  We stomped that number with 619lbs of food for the evening (and $100 cash).

What does 619lbs of food and $100 do for the local food bank?  Well, to put this all in perspective, the Dept of Agriculture estimates the average person eats 4.7lbs of food per day.  $1 roughly buys you 1lb of food.  So, FBC Sandpoint's donation will feed 153 people for a 1 day.

Thanks4giving 5 was a huge success!  So much gratitude to all the people that contributed to this evening.  I am truly humbled and honored to be part of such a fine group of cyclists.

Next up Festivus...
Posted by B-Railer