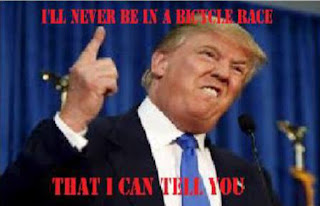 Four years of Full Moon rides in Sandpoint have now come and gone.  Huge thanks to the 60+ riders that put on their fancy formal wear and collected at Eich's for our birthday ride.  As a little note, we had riders from CDA, Dallas, Seattle and Spokane on the ride.  Once we left Eich's we did a relatively long cruise through South Sand for this time of year.  The skies were clear, it was chilly, but we got some great views of the Full Moon as we rode along.  Trike-a-boom was along for the evening providing some tunes, thanks Jared.

We arrived at Idaho Pour Authority (IPA) for our final destination.  They opened up just for our birthday celebration.  They also arranged some fine music by Ben and Cadie (there was a special guest appearance by Rob on drums).  We all sampled some fine brews, told stories of the last 4 years of rides and listened to tunes.  There was some dancing, which I did not know was possible at IPA.  John, Vicki and the rest of the IPA crew were more than welcoming and let us stay way passed their bedtime.  I really can't say enough how much I think of this place and their staff rocks.

Before we ended the evening, there was a speech...I don't think anyone really cared.  We then gave away some swag from many of the businesses that give FBC a lot of support.  We end at a different local business after every month's ride, and really all of them have been accommodating and said good things (mostly) about you all and invited us back.  Of course, that is a good reflection on all you.  And thanks for that because it makes it a whole lot easier when I have to ask them to come back the next time.  But with all that said, there are a handful of people and business that have gone above and beyond to help this club flourish, and well, contributed a lot to increase the fun level.  A very special thanks to them for their continued support:
Eichardt's
Laughing Dog Brewing
219er
Mickduff's Brewing
Powder Hound Pizza
IPA
Greasy Fingers Bikes N Repair
Shotz Ski
Long Bridge Grill

We also gave out the award for FBC Sandpoint MVR (Most Valuable Rider).  This year the honors went FBC Lifetime Member for Life Tom.  Tom lived in Sandpoint in the beginnings of the club.  But then moved to CDA.  He still continues to drive up for almost every ride without hesitation.  He always dresses up for the theme.  He rides cool and creative bikes...like his high wheeler.  He gently wrangles in newbies that may not be doing the right thing and shows them the ropes.  He recruits new riders.  And if all that wasn't enough, he is just an all around damn fine guy to ride and hang out with, so congrats to him.

If you are still reading, one last word.  As I looked around the room at the 60 something people at IPA that evening, it occurred to me that many of those faces are people I see almost every month.  Regardless of weather.  Regardless of how stupid they may think the theme is.  Regardless of how busy their personal schedule may be and whatever calendar conflicts there may be.  This core group of riders is the heart and soul of FBC.  You know who you are and thanks to you.