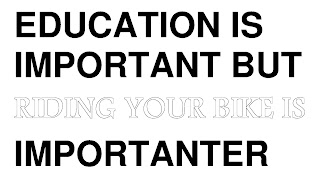 Ride thirty came and went with a bang!  We had 265ish riders show up for the Back to the School ride.  Lots of you dressed up.  Weather was grand.  We did a cool loop through South Sand, that also featured a very long back alley that was quite fun...for most.

We ended at the Hive.  This was our first time there.  Rob and crew opened up just for FBC.  Pictures of the last 30 Full Moon rides flashed on the 4 huge projector screens.  Music was played, lights were flashed all around and smoke poured from the stage.  It was a very different scene for our ride, but I think you all had fun.  And it is great to spread the FBC love around all the different establishments.  Anyways, huge. huge thanks to the Hive for having us and really rolling out the red carpet.

A very special thanks to Davey James, aka Bio Beat, aka Bad Ass Beatboxer for his special FBC performance.  He is very talented.