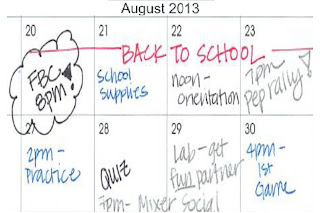 Anyways, this last Full Moon ride featured some 135ish riders who gathered at Eichs.  Back to School was theme and it brought me back to the awkwards days of trying to talk to chicks and trying to score beer.  Both are much easier now.  But I digress.  I don't think Eichs can hold that many people, and so, there were a lot of people outside.  It was quite a sight.

It was an awesome night.  The moon was out.  We rode through South Sand and down a dark and unimproved alley.  There were a couple of mechanical issues.  We went through the Lakeview Park, always great views.  We bombed a hill.  We lost a couple riders...eventually they found their way.

Then, we ended at La Rosa.  Rob and crew went all out to accommodate us.  There was live music outside.  There were outdoor drink stations.  It was a great venue and the staff went above and beyond the call of duty.

Many people dressed up and there were some really good costumes.  Awards for Best Dressed went to Lifetime Members for Life Connie and Ed.  Nice work.

Back to normal or some form of it...

When: Aug 20th @ 8pm
Where: Eichardt's
Theme: Back to School

Damn summer has been busy!  With the end of summer comes the time when all the kids go back to school.  So, grab some school related clothing and stuff and lets go ride under the moon.  Need clothing suggestions?  Girls: naughty teacher, Catholic schoolgirl.  Guys: football star, computer geek...who cares.

Simple enough for ya?  Good.  There will be prizes again for Best Dressed.
Posted by B-Railer No comments:

A hand full of FBC Sandpoint Lifetime Members for Life went over to Spokane to join in on their last Full Moon ride ever.  I was both excited and bummed as we hit The Swamp knowing this was the end for them.  Those feelings didn't last long as departure time changed and J-Rad was MIA and in jeopardy of missing the ride.  We made due effort to locate and contact her to no avail.  So, we trudged on like good friends and got a bucket of Sessions and spoke cards (lucky as there was only 200 cards made).

It was about 8:30 when the 300+ riders started down the street to our next location.  I made one last glance around for J-Rad, but nothing.  I was hoping she might find a "leak" to the final destination and just meet us there.  I hung to the very end of the massive crowd, and as I started to pedal away, here comes J-Rad driving up.  I think she parked on a curb.  I grabbed her bike and rode it next to me down the street.  I passed it off like a baton and we scrambled to catch up to the group.

I hope you enjoyed the dramatic picture I painted...or failed to paint.

Anyway, we did an awesome route that included a steep climb, dirt, gravel, narrow bike paths, 2 bridges over the river, a round-about, several red lights and a bmx freestyle ramp.  We ended at a outdoor wine cellar.  It was decked out and there was a band.  There was beer...and wine...but who cares.  There were prizes, but only LTMFL Jane got something.  There was more beer.  We presented Jeff with our custom coffin signed by all our fine FBC Sandpoint members.  We thrashed some stuff with the band.  There was a Park Hammer.

It ended.  Then we rode to the hotel.  We took the long way...not on purpose.  There was more beer.  Like all good things, there is a beginning and an end so enjoy the times in between.