Summer Olympics are here and FBC Sandpoint will hold its own sort of summer olymics.  Here is the dealio, dress up in your favorite summer olympic event garb.  I see you scratching your head, so here are some examples: bicyclist (duh), track and field, boxing, equestrian, judo, soccer, swimming, tennis, volleyball, weightlifting, etc...got it?  There will be a sweet prize for Best Dressed Olympian!

Second, weather will be great and we will do a nice ride with a little intermittent stop for some FBC Sandpoint Games.  And more prizes and fun.  I know how thirsty you all get, so don't worry all this will not take long and we will be back on the road to our final destination.
Posted by B-Railer No comments: 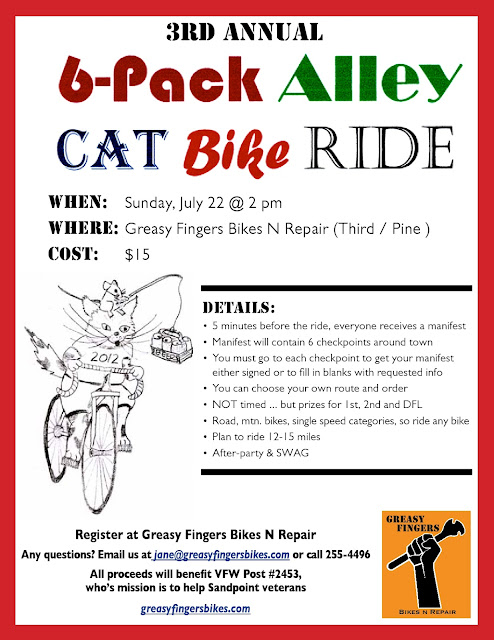 Posted by B-Railer No comments: 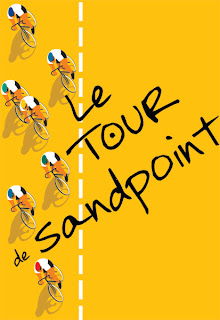 Summer in Sandpoint is awesome!  We had 30+ riders show up for this Full Moon Fiasco.  Our Tour de Sandpoint paid homage to the "real" tour and it was a blast.  Before I go into detail, a little housekeeping...these rides are NOT critical masses.  Don't know what that means?  Wikipedia it.  OK, now are you up to speed?  We will not ride like that.  We will obey traffic laws (like not running through lights or riding in opposing traffic lanes) and try to stay in somewhat of an organized group.  While riding in an organized group, we hope to draw attention to the large number of cyclists in Sandpoint and our need to have good ways to bike around.  We don't wanna piss anyone off.  Enough said.

Heading out of Eich's at 8:50ish and it was still light outside.  We headed directly to the Sagle bikepath and made our way over to Memorial Field.  By the time we got there it was dark and the rather large, bright moon was just coming over the Gold Hill area.  It was very picturesque, and hence, we all took pics.

Once we all had documented the moon, we continued on downtown making a parade like crawl down First Avenue to the Loading Dock.  Jeff, Kingston and the crew were ready for us and it was great to all be able to sit out on the deck.

We capped off the evening by presenting Tour de Sandpoint jerseys.  Yellow jersey (overall leader): Jeff.  Green jersey (sprinter): Mickey.  White with red polka dots jersey (king of the mountains): Tawnee.  White jersey (fastest young rider): Amy...who was also our birthday girl and said she wanted nothing more than to do the Full Moon Fiasco ride for her birthday.  Awesome!

Brace yourselves because there are TWO Full Moons in August!